Damashe and Michael get started

0:00, The fan turned off, we start todays episode of Damashe and Michael, Just Talking Tech talking about how much the two of them hate fan’s when recording.

00:36, then Michael asks Damashe if he checked out the google doc.

00:40, and he is figuring out how to submit what he has as feedback to the drive team.

What should have been found

1:20, Michael shares what should have been found in the DMS folders:

1:30, and sometimes Michael is known to do that.

1:50, when a new episode has the show notes done for it and a show notes file is added Michael then typically adds a name to the folder vs just a number.

2:30, Michael is getting frustrated with google drive

2:46, and Damashe attempts to reassure Michael its just the google drive clients he thinks are the issues.

Time to talk the Pixel XL 3

3:00, Smooth transition into the main topic of todays discussion

3:16, ah, first world problems, figuring out what accounts to sign into.

3:40, Michael makes Damashe aware that he doesn’t have to worry about getting a Your Own Pay Podcast Network gSuite account.

4:07, and Damashe explains that resetting passwords is a thing that should be easy for administrators to do.

4:30, Damashe and Michael follow up with chatting about the gSuite price changes coming April.

4:43, leading us into talking about the Samsung event and the announcement of the fold.

5:00, Damashe asks, do you want a foldable phone, or a spectacular screen on an iMac?

7:08, Michael’s been playing with Chrome OS, and asks Damashe if he has a case for his pixel XL 3?

7:25, that fumbling around action all blind people who dropped their phone are familiar with, don’t step on it to increase the damage.

7:53, Michael admits to have thrown phones and broke them.

8:15, Michael for sure needs to have a screen protector

8:50, go for the tempered glass screen protector and let the stress break that and not the screen on the pixel XL 3.

9:10, Michael use to buy ZAGG® InvisibleShield and then he realized that he was upgrading phones often.

9:34, and Damashe explains how you can find multi packs of them for reasonable prices as well.

9:48, Michael offers to mail Damashe one of the screen protectors Mallory ordered.

10:00, Damashe is sharing how with costs are coming down.

10:25, Damashe explains some of the things he wants to see when it comes to .

10:50, reminder of the show notes URL, and yes we know that finger print readers existed before the touch id.

11:15, Apple spent a lot of money to invest into the touch ID technology, and that finally paid off for them.

11:20, whoops, the phones are moving too fast we have to set a setting to slow them down. 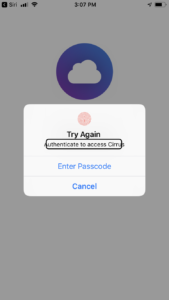 11:30, Once apple got touch ID working correctly, they sped the process up and didn’t break things

12:45, and Michael starts talking about the pixel XL 3 again

13:00, Android Accessibility has improved, find the setting mentioned at:

check out what options you have.

and can’t speak for any other device.

13:08, The android accessibility suite is not Voiceover Michael!

13:20 Play around with that a little to configure your android accessibility settings the best way that works for you.

14:35, the Setup guide can be found in the reference section below that Michael mentioned.

Putting the Pixel XL 3 headphones in your ear

15:06, use your permissions to allow the OK Google command to work when your screen is locked.

15:26, Michael said gently push the wire or pole it as the guide states, and you need to leverage a little force. You will see that the wire is a thicker part of the wire that fits inside a cutout of the ear pease, and this wire can adjust to your ear. It took Michael and Damashe a couple of days longer after we recorded this episode to figure out how in fact to use the Pixel XL 3 headphones correctly. But the earpieces sit in our ears all day it seems now.

15:52, if you’ve ever used the pixel XL three headphones and pixel buds, Michael would like to talk with you

16:20, Michael’s installed Pandora and Damashe has installed Apple Music. This reminded Michael that you can use Apple Music on android.

16:24, the experience is surprisingly similar to iOS on android according to Damashe.

16:45, Damashe hasn’t gone in and made this his default music player.

17:19, the voice recognition process is the discussion

17:45, Michael shares his feelings with the Voice recognition abilities of the Google assistant on Google home hub.

19:10, you’ll learn why he wants this particular router

20:03, Her name is Allison Sheridan Damashe!

Yep, he screwed that one up 😉

20:40, it’s nice to talk with people about what is accessible if they know the basics of assistive technology they are testing, thankfully she has the basic knowledge to share thoughts on the disk station she had on her podcast.

Image provides no value to a screen reader only user.

21:00, and then Michael mentioned how that technology is driving him nuts, because it’s being used on an app we chatted about 2 weeks ago.

whoops, did he get his episodes mixed up?

21:16, but when Damashe learned what he was talking about, we learned his thoughts about the to Doist app.

21:20, NSFW, Get that menu to show up, If only the To Doist App engineers would just add an all tag, we discovered with some experimentation that once the menu is clicked, the options are available, it’s just finding that menu.

21:45, Do you suffer from that problem when you know you need to reach out to support but it doesn’t happen?

22:36, Quick Tip for voiceover users, Set your keyboard commander to Q, then you hit right option Q, followed by “Q” and either paste in your tasks or start typing them.

and of course Michael has to talk about the Google wifi mesh setup.

23:15, Michael asks Damashe a question about the headphones, they work in his Chromebook and didn’t natively work on the mac.

23:30, so Damashe explains to Michael about the his understanding of the ports on the MacBook.

23:40, we review how USB C works at least how we understand it to work.

24:20, Apple is a big supporter of thunderbolt.

25:05, this is not correct Michael, you just need to set the input and output once they are plugged in.

26:45, eventually we will talk about apps we will miss however Michael is impressed with the accessibility on the Pixal XL 3.

27:00, and the last time Damashe was using Android was the Samsung s3.

27:35, Damashe agrees with Michael regarding the Pixal XL 3

27:45, most especially the navigation features.

28:05, Leverage the apple watch to keep the best of both worlds.

28:30, forward your t-mobile calls to your google fi project number and answer notifications on the watch

28:58, the google fi project Service uses the US Cellular network in Michael’s area so has very clear call quality.

29:09, mainly because she don’t have dropped calls like she normally would get with other providers.

30:25, having the infrastructure in place definitely helps to offer more.

31:25, Let’s consider what’s included in that modem that your internet service provider is leasing to you.

31:46, the router he is getting doesn’t have the phone adaptor though.

32:30, the is also a mesh setup as well so you can extend the wireless coverage.

32:55, and it can either be the base station or the extensions to your mesh setup.

33:10, is it accessible though, let us know in the comments.